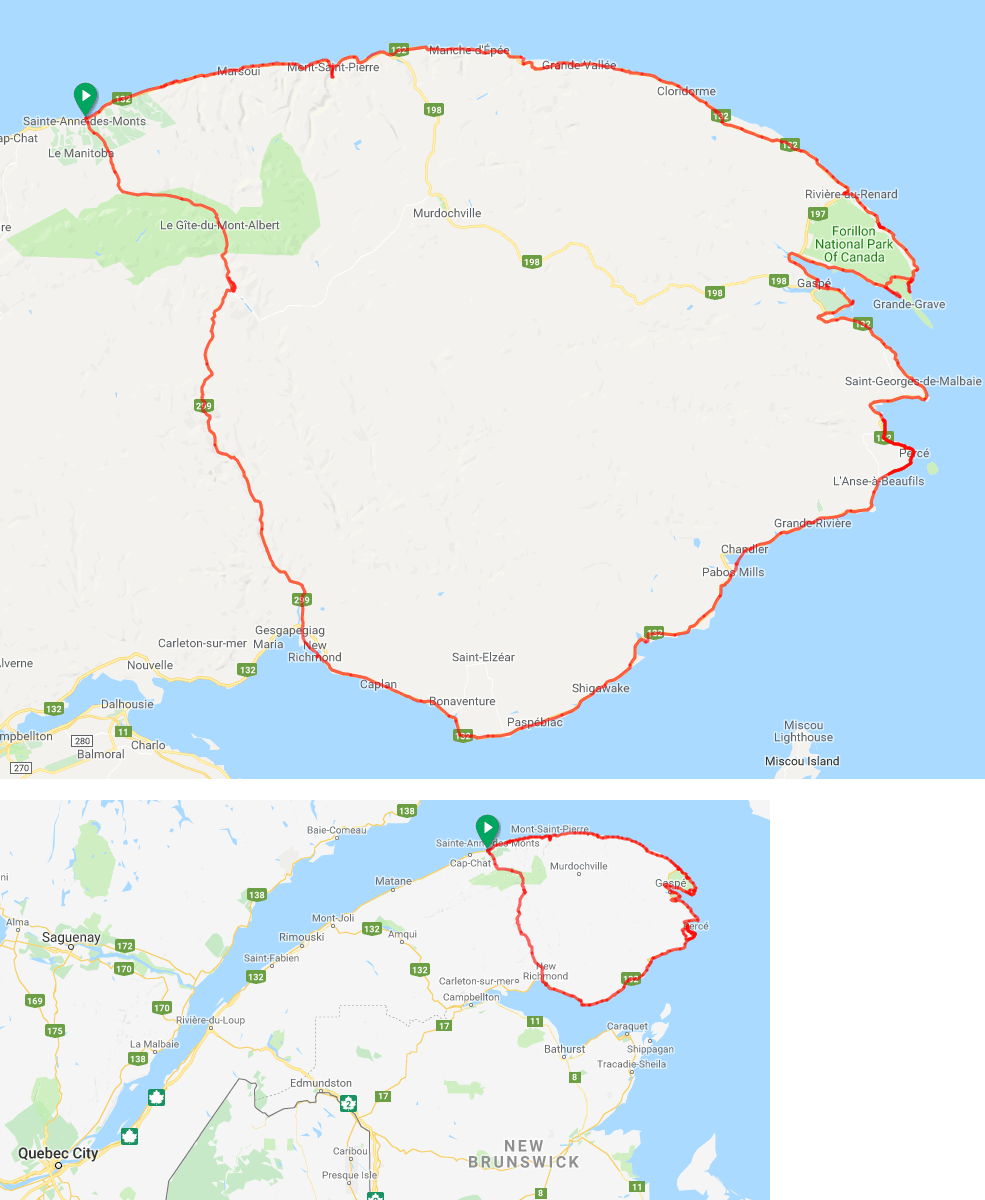 The Gaspé Peninsula, also known as The Gaspesie is a peninsula along the south shore of the immense Saint Lawrence River in Quebec, Canada. It sits where the St. Lawrence turns from river to ocean water.  It is separated from the province of New Brunswick on its southern side by Chaleur Bay and the Restigouche River. We will go counter-clockwise around the big loop. First we will cross the rugged interior. After the the softer rolling terrain of its southern coast, we will face the rugged, more quiet,  and challenging northern shore.

More About the Gaspe Bicycle Tour