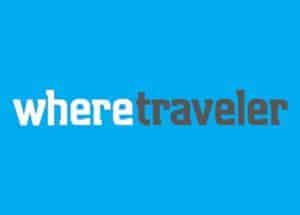 Enjoy cool autumn breezes coasting through beautiful locales on these biking trips of a lifetime. Savor life on two wheels during these trips, whether the crisp air whistling in your ears is in Corsica, America or Europe.

Two tours for October are on the books, each starting in Elizabeth City, North Carolina, and riding more than 130 miles with two rest days.

Have your own bicentennial celebration of Drais’s first bike ride with a self-guided trip through the Rhine Valley. UTracks offers a seven-day “Rhine Valley Bike & Barge” tour from Koblenz to Bad Wimpfen, Germany, that passes through Manheim on the fifth day of the excursion. The trip is less than 130 riding miles, with at least 15 miles in the saddle every day.

Quebec, Canada
Celebrate the 150th anniversary of Confederation with a bike trip down La Route Verte.

The cycling path is No. 1 in the world—according to National Geographic—for its varied terrain, clear markings and smooth transitions from country roads into bustling cities. The path is more than 2,000 miles that runs east to west through Quebec.

Lands End to John O’Groats, Britain
Covering 900 miles, this tour is for fit cyclists; the route is another of the top 10 in the world according to National Geographic but the rolling hills, pastoral lake views and friendly pub visits are worth every turn of the pedal.

Peak Tours offers a 10-day trip from late-August to early-September, with each day’s ride ranging from 92 to 108 miles for the day.

Hanoi to Ho Chi Minh City, Vietnam
Local and regional cuisine drives the pack during a 15-day trip with Intrepid Travel through the countryside in Vietnam.

“Our Cycle Vietnam itinerary launched in 2004, six years before National Geographic called it one of the best cycling routes in the world,” said Frank Cheshire, cycling product manager at Intrepid Travel. “It has been successfully running every year since it launched 13 years ago, and is our best-selling cycling itinerary.”

Scale incredible mountain passes, stay on an overnight sleeper train for a night and ride up to 40 miles a day all in the name of feeling accomplished and getting authentic Vietnamese dishes day and night for two weeks. The route stitches a path over sometimes-rough terrain between Vietnam’s two biggest cities, but Cheshire said that the support vehicles and local guides make the trip accessible for any skill-level of rider.

Intrepid is hosting several tours from September to December.

Santa Fe, New Mexico
Cover up to 300 miles in a little under a week during this Trek Travel trip. Novice cyclers and more avid rides each have daily mileages on this trip exploring the Northern New Mexico departing and looping back to Santa Fe.

Taos, a historic New Mexican town, and Native American historic sites are along the route. Expect five biking days and a rest day at the end of the trip.

Corsica, Sardinia and Sicily
Ride and Seek is hosting a triple-stage getaway through these Mediterranean gems. Hop in for a week of cycling one island or cycle all three in a month-long getaway that explores these diverse areas’ culture, cuisine and terrain.

The tour starts in early October with the full tour of all three islands culminating in Sicily after three weeks of riding.

Burlington, Vermont
Test out your drinking and cycling endurance in this nine-day, Mid-October offering with Beer and Bike Tours to sample the quintessential New England foliage tour with a twist.

“We approach it a little more casually than super-structured tours,” said Bob Williams, Beer and Bike Tours owner. “We take the time to get to know our guests and tailor it to the group. Once we had a couple that was into wine so we made it a point to stop at wineries along the trail as well as breweries. Another time, we had a guy from Wisconsin and there was a huge debate about whose cheese was better so we stopped along several cheese stops along the way.”

Start in Burlington with a day of sampling craft beers and ciders then hop on a steed for 40-60 miles of riding each day mixed in with adventures like touring Ben & Jerry’s factory, local pub dinners and brewery stops all over the state