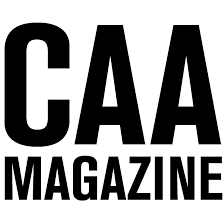 As you begin riding together as a family, start off with a medium-distance ride before going for longer ones. The Atlantic provinces are home to several scenic trails that are blissfully free of cars, making them ideal for a family-friendly activity. (For a challenging excursion, try biking Newfoundland’s Great Northern Peninsula with its extensive stretches of wilderness.) Gary Conrod, whose company, Atlantic Canada Cycling, has been leading rides for 33 years, says a two-wheeled road trip is a great way to instill a love of the outdoors in kids. “You’re going to see things on the trails that you’re not going to see from a road,” Conrod says. With that in mind, here are some trails to explore.

RUM RUNNERS TRAIL
This 119-kilometre trail in Nova Scotia, which runs along a decommissioned railbed, connects Halifax with Lunenburg, a colourful fishing village and a UNESCO World Heritage
site. If you’re looking for a shorter excursion, you can choose a different starting point along the route, which boasts sweeping ocean views and picturesque towns, Conrod says.
Rum Runners Trail

VÉLOROUTE
This burgeoning network of dedicated cycling paths in New Brunswick connects towns and villages across the French-speaking Acadian Peninsula. There are trails to choose from,
but Conrod recommends concentrating on the areas around the historic towns of Caraquet and Shippagan.
La Véloroute de la Péninsule acadienne

CONFEDERATION TRAIL
Prince Edward Island is a haven for cyclists, with some 449 kilometres of criss-crossing trails. For families, Conrod recommends P.E.I. National Park, where a paved bike path skirts red sand beaches and the Gulf of St. Lawrence.
Confederation Trail