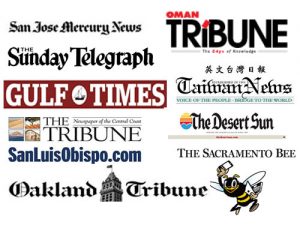 BADDECK, Nova Scotia — This tiny Canadian province is a heck of a long way away from the South Bay. Why go across the continent to see the Cabot Trail, described as “the Big Sur of the North
Atlantic,” when we have the real deal in our own back yard?

Consider:
The seafood is incomparable. The landscape must rank  among the most engaging found on Earth.

The Canadians are so darn friendly — and there’s only occasional need for translation.

The rich culture and history make it feel like a shortcut to the British Isles or, when in Canada’s
Acadian territory, France.

This mix of influences has produced a vibrant Celtic-flavored folk music scene, which alone could justify the trip.

And if you’re a bicyclist looking for spectacular terrain and challenging steep climbs to notch on your altimeter, look no further.

My partner, Liza, and I were in search of a bicycle tour in the Northeast, and she stumbled on a Web site for Atlantic Canada Cycling, which offers no-frills bicycle tours run by Gary Conrod out of Halifax. We signed up for the Cabot Trail Tour, three days of riding around the scenic coast of Cape Breton Island — the easternmost part of Nova Scotia — over Labor Day weekend.

Before starting our trip on our tandem, we deliberately strayed from the beaten path. The obvious choice would have been to go to Peggy’s Cove, famous for its seascape and lighthouse, but also for its tour buses. Instead, we drove on to the picturesque harbor town of Lunenburg, 56 miles from Halifax.

World Heritage Site
Homes, churches and other buildings that date from the 1700s and 1800s splash color up and down the abrupt hills of Lunenburg, whose Old Town has been accorded UNESCO World Heritage site status. Maritime industries still survive in this historic shipbuilding center, but there’s a reported serious labor shortage. One innkeeper told us he couldn’t find workers to help renovate the inn, and many Canadians concurred that all the labor had gone West to work in the oil industry.

Walk farther along the waterfront and you pass a monument to local fishermen lost at sea. It is a sobering experience to stand on a wharf moored with small sailing vessels and see family names on the monument — and then spot some of those same names on mailboxes of houses perched on the coastal rocks. I was in awe of the courage and persistence of the families who gave up sons and fathers for many generations to a tragic, watery death. Stroll to the end of the waterfront and you can see the Dory Shop, where they still build the tiny traditional fishing boat.

Making a siren’s call to the foodies in us was the legendary Nova Scotia seafood, so we dug into an exquisite seared Digby scallop dish and fish cakes made with local haddock and adorned with rhubarb chutney at Magnolia’s Grill. With a German, Swiss and French cultural heritage, the town draws tourists from Europe, so there are ample choices in restaurant fare.

While we waited for our tandem bike to arrive, we rented hybrid bikes (suitable for light trail or road riding) at the Lunenburg Bike Barn for a spin on local roads. The owner, Al, suggested some routes while we dodged a cloud of voracious mosquitoes. Canada’s North Atlantic is DEET territory.

He sent us off He sent us off along Blue Rocks Road on a lightly traveled route to timeless little fishing enclaves on outcroppings of rock, Blue Rocks and Stonehurst. We headed back to town for refueling at the Salt  Shaker Deli before riding to Mahone Bay. Smoked seafood chowder and a fresh salad of local produce convinced us to return for dinner. Our reward for coming back was local Indian Point mussels, which you can choose to be prepared in a half-dozen ways. We topped off our Lunenburg experience with cocktails overlooking the harbor at the Old Fish Factory Restaurant, a site it shares with the Fisheries Museum.

We headed to Halifax to pick up our bike, assemble it and go to the airport to catch the shuttle (round-trip $40 for a 3 1 ⁄2-hour drive). I had been along the Cabot Trail on a family vacation as a child — the memories were faded but fond. The idea of seeing it on bicycle was appealing, and the price — $225 per person for two dinners, cold breakfasts at the campground, support and baggage hauling for a three-day tour — was certainly attractive. We signed up, and also signed up for the round-trip shuttle from the Halifax airport to the ride’s start at the community center in Baddeck, on Cape Breton Island. (Translation: A community center in these parts means ice hockey rink.)

The tour fee included camping but had options for hotel/motel stays. With the possibility of rain, we opted for sleeping dry, which turned out to be a good call. The weather can turn quickly here, and we had two days of mostly sun and light showers and one day that turned downright ugly in the afternoon.

Because of the stormy winters, many hotels and resorts along the Cabot Trail customarily close sometime in October and reopen for bookings in April. It’s a good idea to start booking your vacation in the area well in advance, since you will have some difficulty making arrangements during the off-season.

Upon entering Cape Breton, the road signage is bilingual: English and Scots Gaelic. The Cabot Trail, and the tour, started in Baddeck (Baideg in Gaelic), a village on the shore of Bras d’Or Lake, the onetime summer home of Alexander Graham Bell.

We arrived at the welcome reception at the rink with our 100 tour mates, mostly Canadians — a lively and youthful group. After registering for the ride, we scurried through a downpour to catch the last few numbers of the night’s ceilidh (kay-lee), which means a gathering of people, featuring Cape Breton fiddle music and dance at a tiny parish hall. The young musicians explained that the clog-style dance they were about to perform evolved from the ability to perform it on a tree stump or on four squares of a kitchen floor.

Saturday morning, we rolled out on the road to Ingonish, with steely skies hanging above us and light and respectful traffic alongside. There were two route options, one scenic and one to the briefest of ferries at Englishtown. Riders stopped for lunch whenever they wanted, with places along the way like the Clucking Hen doing a brisk business with bicyclists
.
Ride with the eagles
The road turns sharply inland, then jabs straight up and over Cape Smokey for a beautiful descent toward Ingonish Bay, shimmering more than 1,200 feet below. We were thrilled to catch a glimpse of the Keltic Lodge, at the entrance of Cape Breton Highlands National Park, and kept an eye out for bald eagles.

The lodge, run by the province, has cottages, a spa, pool and two restaurants. At $290 for a double occupancy room, we found it a worthwhile splurge. Nearby is one of the top-rated public golf courses in Canada, Highlands Links.

Morning broke clear on the coast, so we headed out early because we had two mountains to climb on the 75 miles to Chéticamp. We took the scenic route past Neil’s Harbor and a wild roller-coaster ride flanking the Aspy Bay, then on to begin the climb of North Mountain (1,460 feet) at Cape North. The weather then began to upstage the scenery, even though we had comfortably hit nearly 50 miles an hour on one of the descents. It started to pour as we ascended North Mountain, the most difficult climb on the counter-clockwise tour of the Cabot Trail.

By the time we reached the summit of MacKenzie Mountain, the second major climb of the day, thick fog had also settled in. I now understand why historians believe the explorer John Cabot, for whom the trail is named, likely landed in Newfoundland instead of Cape Breton. With this weather, who could know the difference?

On the way down, we came across a moose and calf meandering along the trail and stopping traffic in both directions. It was a wonderful encounter, making up for the obscured view of the most scenic part of the route. We arrived at the Parkview Motel thoroughly soaked, looking forward to a shower, dry clothes and dinner. Bicycle touring has a way of reducing one’s desires to the essentials.

Early the next morning, departing Chéticamp in the splendor of our multi-hued lycra, we drew the attention of the locals gathered at Tim Horton’s for coffee. Chéticamp, where residents speak Acadian French and an exotic dialect of English mixed with French, flies the Acadian flag.

Next we passed through the verdant Margaree River Valley and were surprised to find that the storm we had ridden through the previous day had washed out two roads in Cape Breton and caused flash flooding, the effects of which we could see along our route. We finished up where we had started, in Baddeck.

Before we flew home, we spent a day in Halifax and took in the Citadel, the waterfront and Pier 21, which was Canada’s Ellis Island from 1928 to 1971. It was almost shocking, as an American, to hear a glowing multimedia presentation on the immigrant experience and the value that waves of immigrants have brought to Canada. The issue, historically so heated in the United States, is framed so differently in Canada, a country chronically facing a shortage of labor to work its vast natural resources.

We met some of our tour buddies for drinks and a lobster feed at Little Fish, recommended to us by Halifax residents. The 1 1⁄2-pound lobster, with mussels, steamed veggies and red potatoes, was perfect for a post-ride feast at $39.

Our Canadian friends headed off to a surfing spot the next day as we headed home. Now I can always put on music by Great Big Sea, a Celtic-influenced band, and be reminded that the world can seem as beautiful, small and friendly as it is in Nova Scotia.

The tours have a decidedly laid-back sense of organization. You’ll find this charming if you can go with the flow. Not recommended for those who are impatient or those who must be pampered. But if these are your requirements, why tour on a bicycle? Conrod is an eccentric businessman, offering multiple discounts to riders who return on his tours. Conrod once returned a call from us at 1 a.m. Nova Scotia time, answered our question, and then asked if we were watching the Sharks playoff game.

The Cabot Trail Tour for next year is already nearly half full.

Thanks to the support drivers and all staff. An excellent show of teamwork. Very pleased with all. Each and every one on staff a great big thank-you. You worked hard.

We did the Cabot Trail on rented hybrids and had no trouble with the hills. Suggest you do some hill work prior to the tour. It’s a very nice scenic tour and ACC does a great job with supporting the riders. Enjoy.

We loved it. A simple inexpensive, no frills tour. Just what we were looking for.

1st bike trip ever & I loved it! Great organization and excellent leadership. Hip t-shirt colours also. Thanks for the memories.